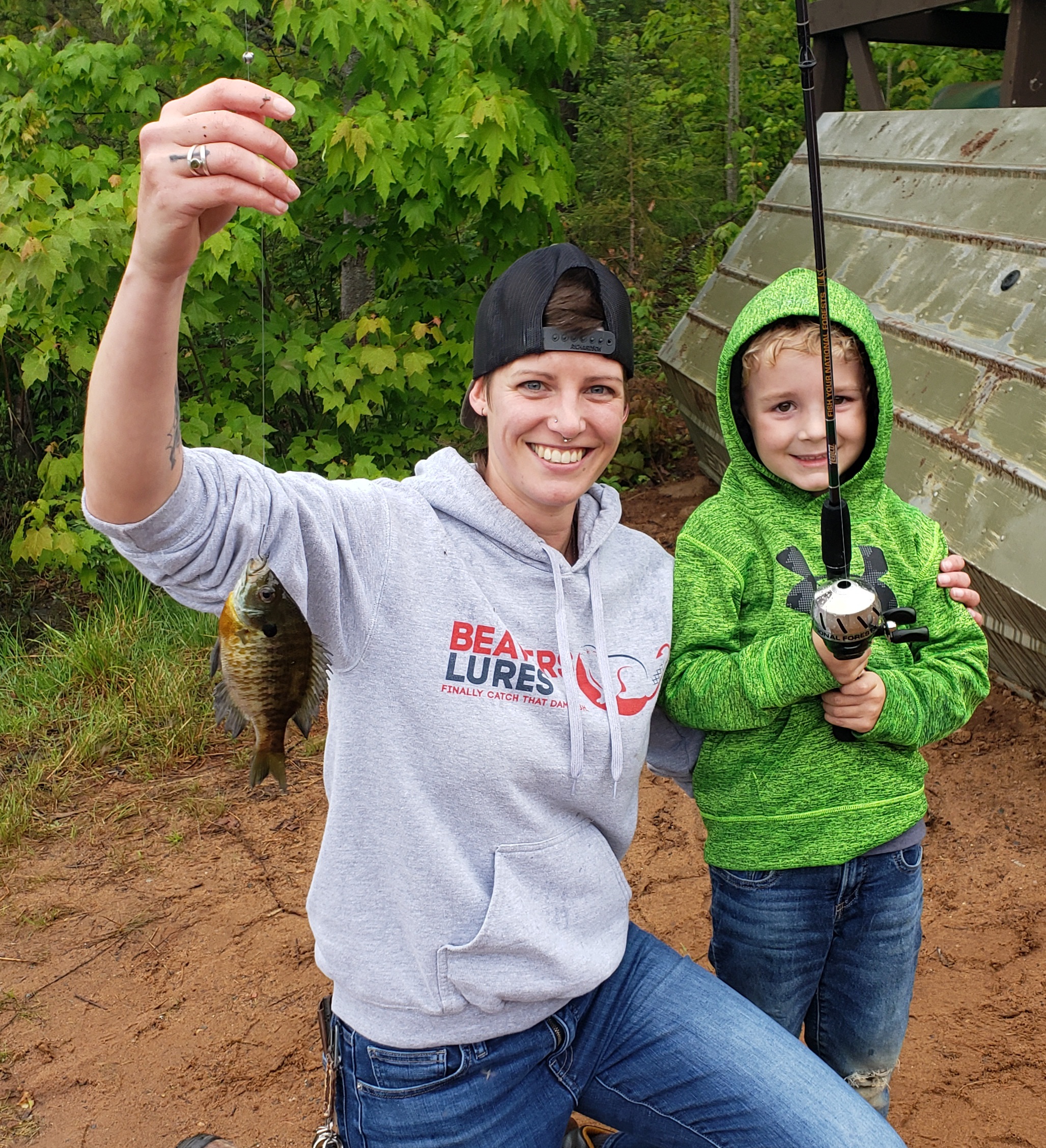 United States Forest Service, National Professional Anglers Association and Learn 2 Fish With Us partnered to host a fishing clinic for youth during Michigan’s Free Fishing Weekend, which was June 11th and 12th.  The fishing clinic was held in the Ottawa National Forest at Camp Nesbit which is located in Watton, Michigan.

The morning started out by future anglers learning the skills and equipment needed to begin fishing through Captain Greg’s Fishing Basics seminar.  After the seminar, youth attended hands on educational stations, where they learned to tie fishing knots and cast safely and accurately.  Next, a casting contest was held for three different age categories which was based on how many Backyard Bass could be caught in three minutes.  You should have heard all the cheering along with the excitement of ‘got another one!!’. John was the champion where he caught five Backyard Bass. 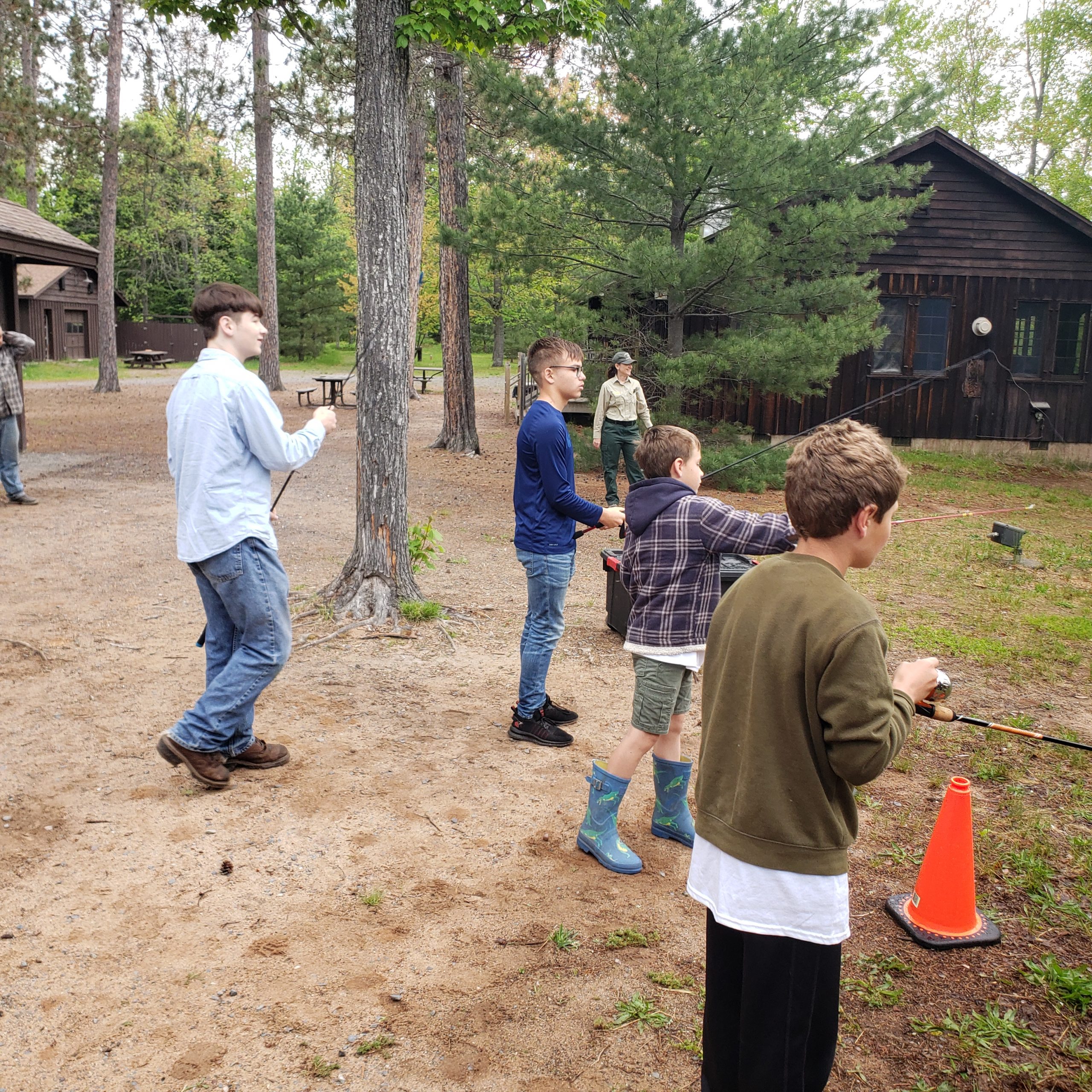 Next up, was fishing on Camp Nesbit Lake, where the highlight of the day was a five pound bass caught by Bill.  Future anglers caught many bluegills with some going over eight inches.  Near the end of the event, Captain Greg showed families how to fillet fish. 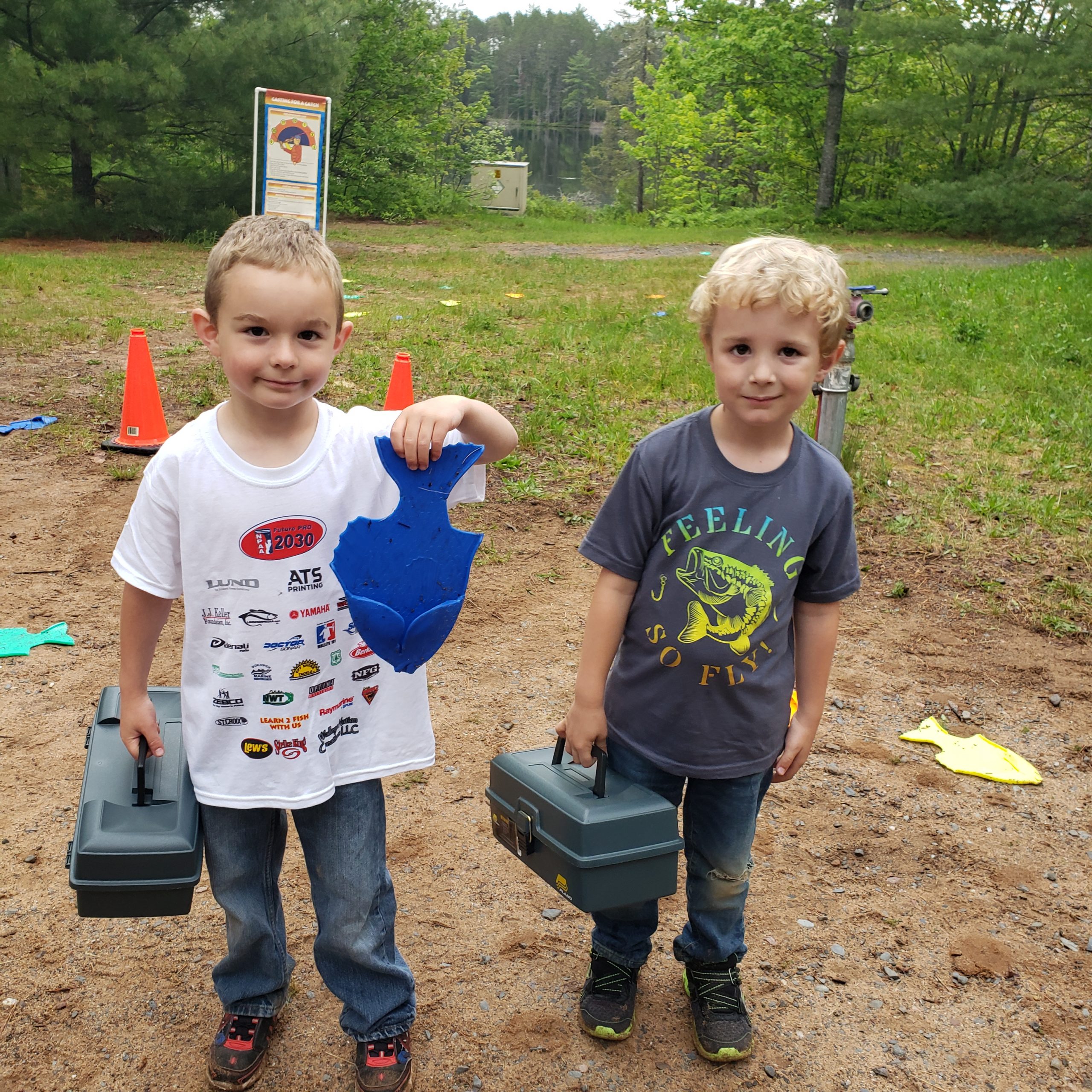 To learn more about the following organizations check out their websites Learn 2 Fish With Us at www.learn2fishwithus.com ,  NPAA at www.npaa.net and Future Angler Foundation at http://www.futureangler.org