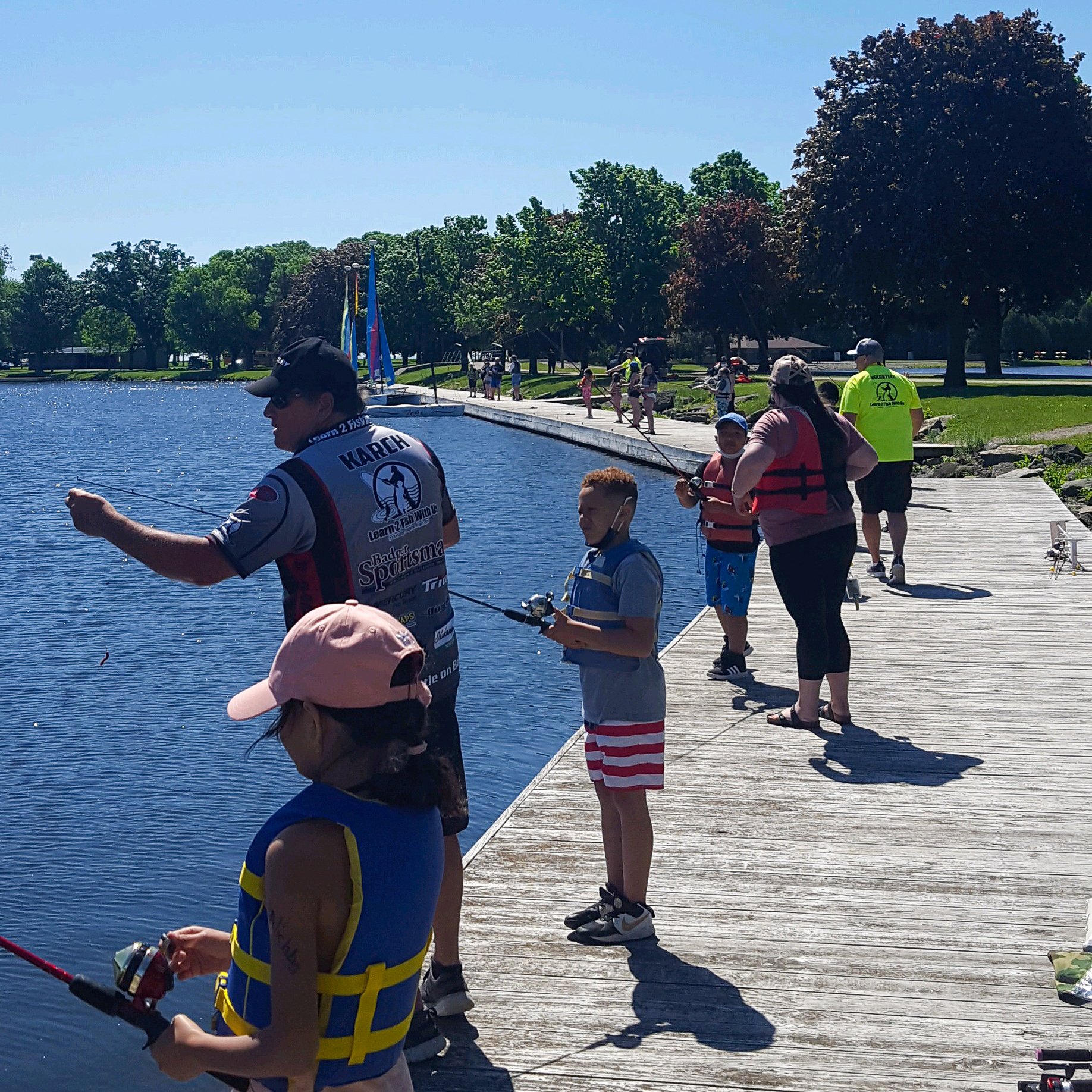 Oaklawn Elementary held a Leadership Academy for fourth graders at Menominee Park, which is located in Oshkosh, Wisconsin.  This event took place on May 26thand it was an awesome day.  The large group was split into smaller groups, where the students rotated through four outdoor stations, and fishing was one of them. Captain Greg and crew from Learn 2 Fish With Us shared their passion for fishing by educating them on fishing, and then taking them fishing.

Students learned the skills and equipment need to begin fishing such as; safety while fishing, spin cast and spinning fishing combos, how to cast, different fishing presentations, fish identification, knots, live and artificial bait, aquatic invasive species, keeping a fishing log and so much more.  After the seminar, students went fishing for an hour where they caught Bluegill’s and Perch.  All fish were released to fight another day.

Each student received a NPAA Future Pro shirt thanks to the National Professional Anglers Association.  Learn 2 Fish With Us and our sponsors, provided a fishing hat and Shakespeare My Fishing Journal for each of the students.